Visualizing a month of work, school, and life at UBC

Since I started living, working, and going to school on the UBC campus over four years ago, I've always wondered how I spent my time here. I instinctively knew that I spent the majority of my life in just a handful of places, but it begs the question, how do these places compare to each other?

Armed with data from Google Calendar and my task management app Trello, this project aims to answer this question once and for all. For the purposes of visualization, I decided to focus on just one month during one term of my time at UBC. October 2019 serves as a representative sample of where I was and what I was doing during the first term of my fifth year.

After completing this work, I learned that the vast majority of my time was spent at just 18 places. I also learned that despite my assumption that I spend 99% of my life on school, I actually only spent 30% of the month on academics. Personal time made up 58% of my time, although sleeping took up about half of that. I also noticed that I didn’t workout at all for the month of October. While I know this isn’t representative of the entire term, it does show a lack of balance for the month.

In terms of academics, the time breakdown showed that my HCI and Software Project courses took up the most time, which wasn’t a surprise (especially since HCI had lots of lab work in the fall). It was surprising how little work was spent on Software Engineering, as I was working on a class project at the time.

Overall, the visualization gave me context into why I was spending time in the places I was during the term and how those reasons compared against each other.

To start my analysis, I first looked at my Calendar for October. It was a mess of overlapping events and assignments: 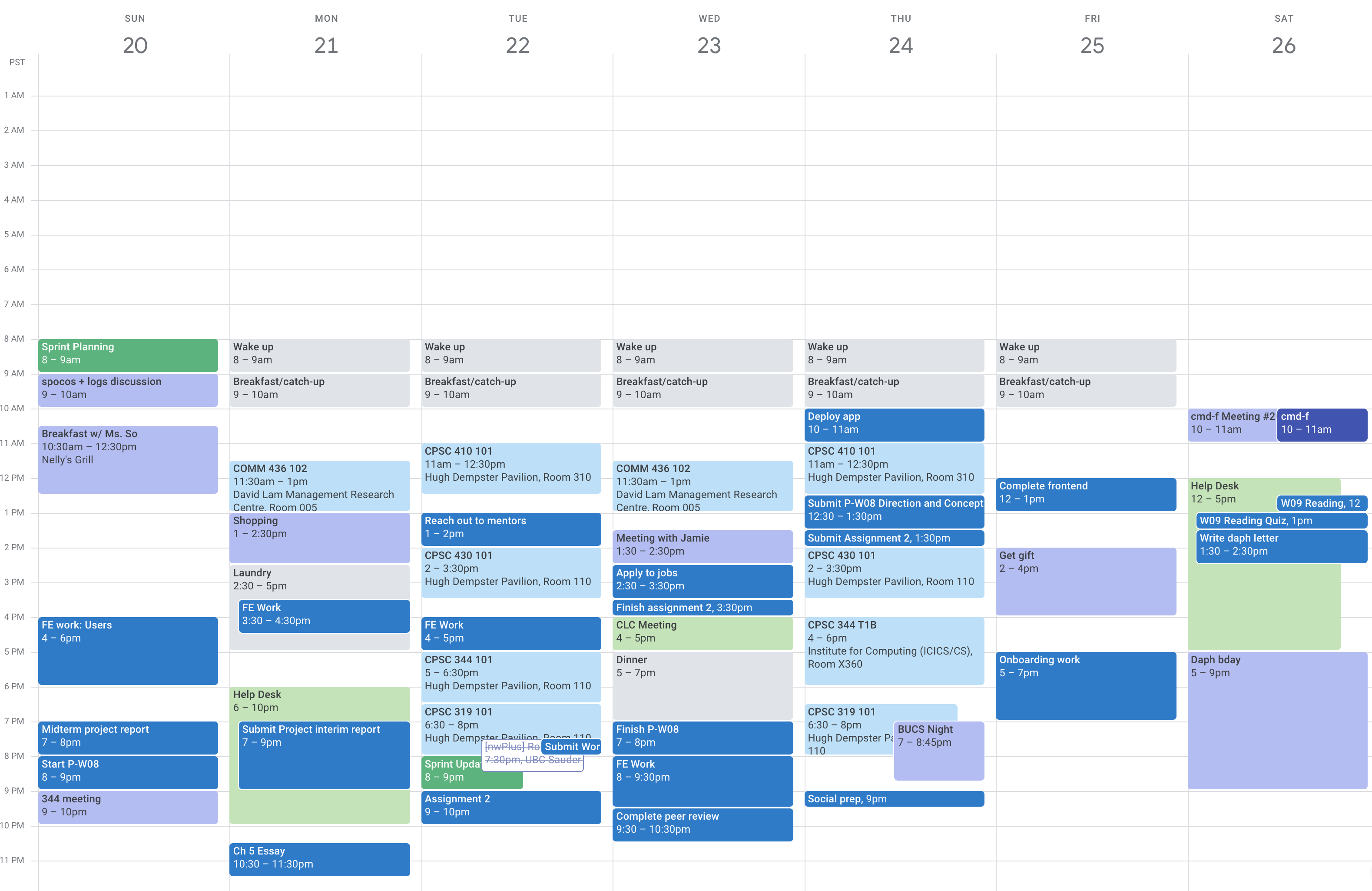 But I was able overlay larger categories of time: personal, academic, work, etc: 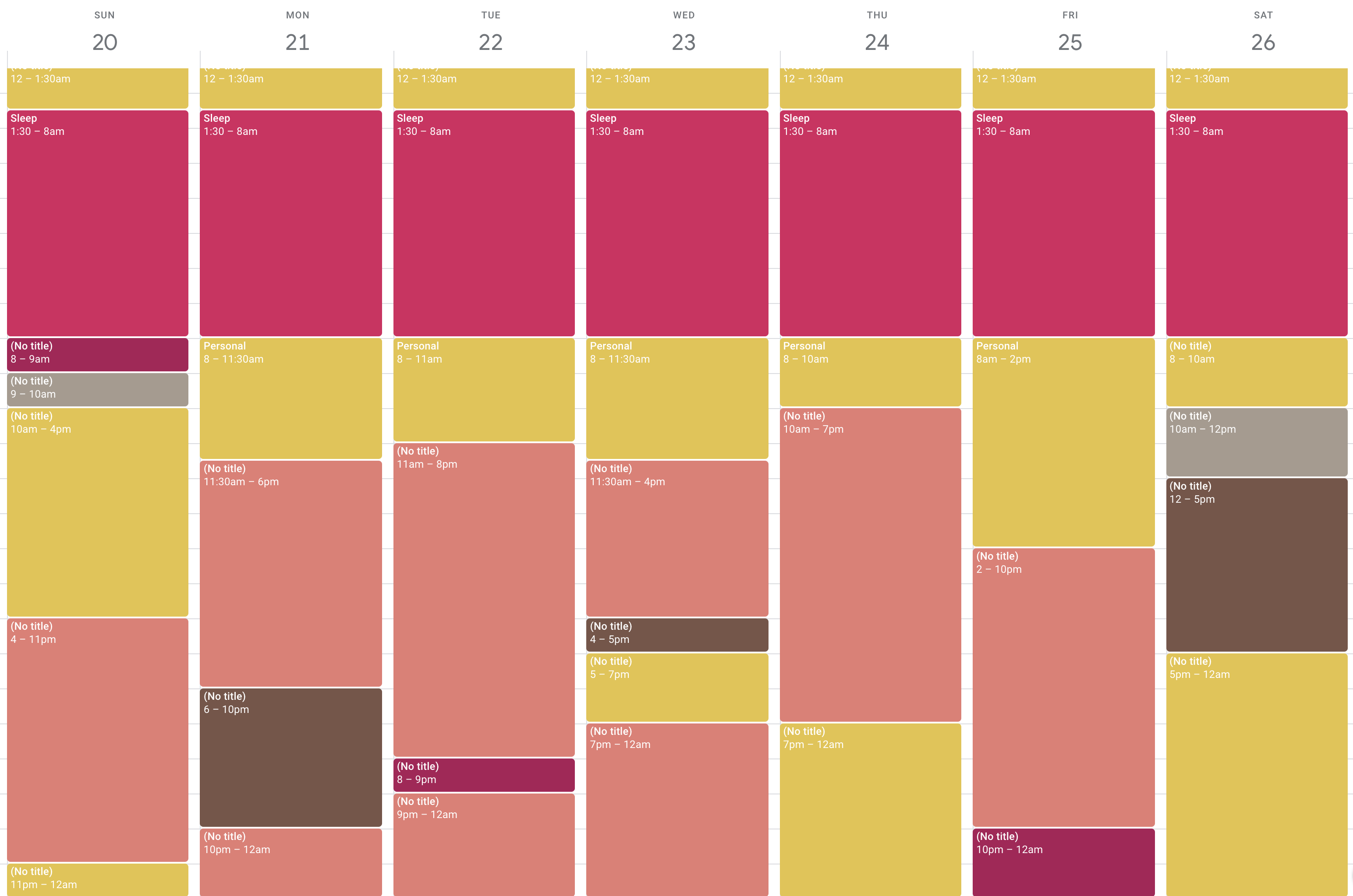 With this done for the entire month, I further broke down these categories based on real event data (cal invites, work schedule) as well as intuition (I spent about an hour and a half each day cooking and eating food). As I was drilling down, I calculated the relative percentages of each category.

For academics, I summed up my school-related tasks for the entire term and broke each course into its own percentage compared to the entire set. I then used these percentages to allocate the total amount of “academic” time I had overlayed in my calendar.

Finally, I inserted this data onto a map but associated categories to places. This mapping isn’t perfect, but I decided to focus my effort on the places where the vast majority of category time was spent (e.g. I may have completed a few things for a course in my dorm but I only associate the classroom and my main study area with the course on the map).

To create the 3D buildings and places, I used Mapbox Studio to trace 2D building markings. I then encoded height data for both the places (usually rooms) and the buildings themselves:

A collection of thoughts on the final visualization:

Get started by clicking on the time bar below 👇